A collaboration with the Serpa Town Council

The winner of the 4th Edition of Serpa’s International Award for Picturebooks is the project “O primeiro dia… depois do fim da pandemia” by Henrique Coser Moreira. Two honourable mentions were also attributed, to the project “Mímica” by Inês Machado and to the project “In die welt hinau” by Beatrice Dietel.

Thanks to all participants in this contest.

→ News “Winner of the IV Serpa International Award for Picturebooks“

The Serpa City Council, in collaboration with the publisher Planeta Tangerina, is pleased to promote the biennial Serpa International Award for Picturebooks. This award values the artistic and literary quality of picturebooks, while fostering the creation of new projects.

“Mana” by Joana Estrela was the winning book of the 1st edition and was published by Planeta Tangerina. It has already been translated into Complex and Simplified Chinese, French, Korean and Spanish (North, Central and South America). 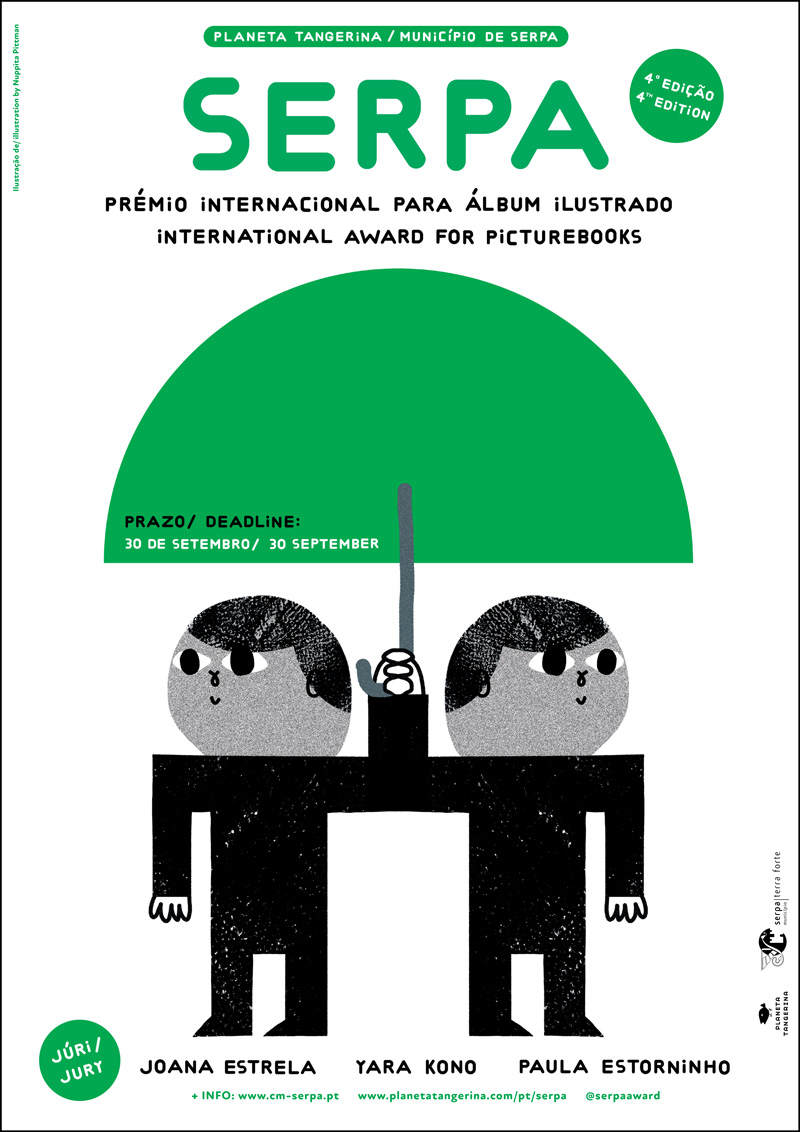 Looks like we don't have any upcoming plans... But don't worry, it shouldn't take long until we are out and about! In the meantime, check out the kind of Activities we usually do.